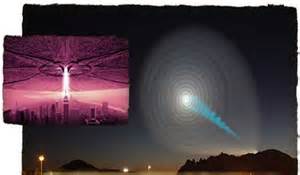 We have quotes from 14 U. S. Government Witnesses about UFOs

Harry G. Barnes
“For six hours … there were at least ten unidentifiable objects moving above Washington. They were not ordinary aircraft.
Barnes was Senior Air Traffic Controller for the C.A.A. in 1952.

Harland Bentley
“I was in a facility in California doing classified work. Our astronauts were doing a loop around the moon. I heard them say they had a bogey coming in at 11:00. It was another type of ship. There were portals there that they could see in. They could see beings of some sort. They just took photographs. After a few thousand miles, they took off from the capsule and went away. This happened before the lunar landing. This event was unedited because of where I was.”
Harland Bentley, NASA, Department of Energy

John Callahan
“The UFO was bouncing around the 747. [It] was a huge ball with lights running around it…Well, I’ve been involved in a lot of cover-ups with the FAA. When we gave the presentation to the Reagan staff, they had all those people swear that this never happened. But they never had me swear it never happened. I can tell you what I’ve seen with my own eyes. I’ve got a videotape. I’ve got the voice tape. I’ve got the reports that were filed that will confirm what I’ve been telling you.”
John Callahan was FAA Division Chief of Accidents and Investigations. From a video interview with The UFO Disclosure Project.

Lambros Callimahos
“If ‘they’ discover you, it is an old but hardly invalid rule of thumb, ‘they’ are your technological superiors.”
Callimahos was a National Security Analyst, 1968.

Dr. H. Marshall Chadwell
“Sightings of unexplained objects at great altitude and traveling at high speeds in the vicinity of major US defense installations are of such nature that they are not attributable to natural phenomena or known types of aerial vehicles.”
Chadwell, former assistant director of the CIA’s Office of Scientific Intelligence, in a December, 1952 memo to then-director of the CIA, General Walter B. Smith.

Albert M. Chop
“I’ve been convinced for a long time that the flying saucers are real and interplanetary. In other words we are being watched by beings from outer space.”
Chop was deputy public relations director at NASA, and former US Air Force spokesman for Project Blue Book.

James V. Forrestal
The truth was known by only a very few persons. Of the original group that were the first to learn, several committed suicide, the most prominent of which was Forrestal, who jumped to his death from a 16th story hospital window. Secretary Forrestal’s records are sealed to this day.
Forrestal was Secretary of Defense

J. Edgar Hoover
“I would do it [aid the Army Air Force in its investigations] but before agreeing to it we must insist upon full access to the discs recovered. For instance in the LA* case the Army grabbed it and would not let us have it for cursory examination.”
From a handwritten notation at the bottom of a now declassified memo. (asterisk added, see below) * — “LA” in this case may refer to Los Alamos, where the first atomic bombs were developed. There is some coroboration for this in the newly released, but unofficial MJ-12 documents.
“The Federal Bureau of Investigation has been requested to assist in the investigation of reported sightings of flying disks…”
“[UFOs are] considered top secret by intelligence officers of both the Army and the Air Forces.”
From a declassified 1949 FBI document from the San Antonio FBI office, to J. Edgar Hoover.
“An investigator for the Air Force stated that three so-called flying saucers had been recovered in New Mexico. They were described as being circular in shape with raised centers. Approximately 50 feet in diameter. Each one was occupied by three bodies of human shape but only 3 feet tall. Dressed in metallic cloth of a very fine texture. Each body was bandaged in a manner similar to the blackout suits used by speed flyers and test pilots.”
From a March 22, 1950 memo to J. Edgar Hoover from the Washington FBI Office, released in 1976 under the freedom of information act. Hoover was Director of the FBI

Victor Marchetti
“We have, indeed, been contacted – perhaps even visited – by extraterrestrial beings, and the U.S. government, in collusion with the other national powers of the earth, is determined to keep this information from the general public.”
“The purpose of the international conspiracy is to maintain a workable stability among the nations of the world and for them, in turn, to retain institutional control over their respective populations. Thus, for these governments to admit that there are beings from outer space… with mentalities and technological capabilities obviously far superior to ours, could, once fully perceived by the average person, erode the foundations of the earth’s traditional power structure. Political and legal systems, religions, economic and social institutions could all soon become meaningless in the mind of the public. The national oligarchical establishments, even civilization as we now know it, could collapse into anarchy.”
“Such extreme conclusions are not necessarily valid, but they probably accurately reflect the fears of the ‘ruling classes’ of the major nations, whose leaders (particularly those in the intelligence business) have always advocated excessive governmental secrecy as being necessary to preserve ‘national security.”
“How the CIA Views the UFO Phenomenon”, Victor Marchetti, May 1979. Marchetti was a former CIA official:

John Maynard
“I said, “Now this is supposed to be a system that tracks radar anomalies on Earth, right?” He says, “Yep, that’s what it does.” So I ask, “Then why are half of them pointed toward outer space, towards the moon, towards areas that are just blank space? What are they looking for?” He says, “Well, you’ve got to have a need to know to know about that”.…We go back to a comment made by one of the astronauts when he stepped on the moon. It was the day after they got there. It was the original flight, and he says, “You’re right, they’re already here.” It got out on the airwaves. I know several people who recorded it. It was quickly taken out of all tapes that were public broadcast.
John Maynard, Defense Intelligence Agency, Military Intelligence Analyst,

Walter Bedell Smith
“The Central Intelligence Agency has reviewed the current situation concerning unidentified flying objects which have created extensive speculation in the press and have been the subject of concern to Government organizations… Since 1947, approximately 2,000 official reports of sightings have been received and of these, about 20% are as yet unexplained.”
“It is my view that this situation has possible implications for our national security which transcend the interests of a single service. A broader, coordinated effort should be initiated to develop a firm scientific understanding of the several phenomena which apparently are involved in these reports…”
From a 1952 memorandum to the National Security Council. Smith was Director of the CIA from 1950 to 1953.