Close Encounters of a Historical Kind 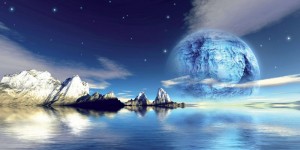 Close Encounters Of The Historical Kind
UFOs in History

The primary purpose for this work, as implied by the name, is to make a connection between the anomalous flying craft of the Bible and the equally anomalous flying craft in our modern skies known as Unidentified Flying Objects, or UFOs. The Bible covers a period spanning the years between the creation of the biosphere we now inhabit, estimated by some to have occurred in 4004 BC, and the Revelation of John around 90 AD. Almost 2000 years has passed since that last writing and there are strong indications that mankind’s history may be much older than the 4004 BC date.

In the book of Genesis there is evidence that the Elohiym, God, and the Malak, angels, had direct contact with, and strong influence over, mankind. In this verse, (Genesis 6:3 And the LORD said, My spirit shall not always strive with man, for that he also is flesh: yet his days shall be an hundred and twenty years.), it is implied that God and the Malak broke off that direct and constant contact. However throughout the pages of the Bible that contact is repeated over and again on many occasions and in many forms.

It is assumed by the religious mainstream that God and the angels either were never actually on the planet but appeared in visions to mankind, or traveled between the Earth and an imagined place called heaven. All scriptural indications are that they actually flew in the sky, set divine foot on the Earth, and that they came not from a specific place, but from the sky.

The accepted origin of the occupants of the UFOs we now see is that they are alien in nature and are from another planet, solar system, galaxy, or dimension. If they are from other planets would that exclude them as being associated with God? It is obvious from the Genesis accounts that the Elohiym had close contact with this planet, that the Malak once inhabited this planet, that they were obviously somewhere else before, and are obviously some place now. If that happens to be another planet, solar system, galaxy, or dimension, such a concept is not disputed in the Bible. But what about their “alien” nature, is that a proven fact or simply the most logical conclusion, ignoring, of course, the ancient religious writings. And how logical would the coincidence be that the descriptions of the flying vehicles and advanced technology in the Bible and other religious writings are almost identical?

This section on UFOs in History provides overwhelming evidence that Unidentified Flying Objects have been sighted in our skies with regularity and that mankind has been dealing with this phenomenon throughout history. Is this just an incredible coincidence or simply proof that the beings of the Bible and the religions of the world never left?

What is recorded on the following pages are known as close encounters, mainly of the first kind. For edification here are the categories of encounters as presented, with humor, at the 19th Rocky Mountain UFO Conference:

1. When you see a flying saucer (disc, cigar, spheroid, what have you), that’s an encounter (close or far) of the first kind.

2. When you encounter any type of 3-D physical tracings, or remnants, of something apparently not of this world, or this dimension – such as when someone has etched a sketch in your crops or when your cow is mutilated or when you find a piece of chrome off a flying saucer – that’s an encounter of the second kind.

3. And then when you encounter not only a saucer, or a ship, but you also see the entities who are driving said ship, and they maybe wave at you, and you wave back, that’s an encounter of the third kind.

4. And if you get invited aboard, or taken aboard, and have experiences therein, that’s an encounter of the fourth kind.

5. And finally, let’s say you haven’t seen a space craft, or its tracings, nor have you seen the occupants of such a craft, nor have you been aboard, but you would like to, and you’re not afraid, and you have learned something about what it takes to initiate contact, so you try it – try to initiate contact – and out of the blue, so to speak, contact does indeed happen, (of any of the previously mentioned first to fourth kinds) this is an encounter of the fifth kind.