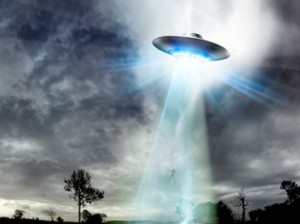 1898 France, Lille: An astronomer saw through his telescope a rectangular object with a violet colored band on one side, the rest being striped red and black. It was not in the position of any known planet. It remained stationary for 10 minutes, then ‘cast out sparks and disappeared.’

1899
• France, Dourite, Dordogne: November 1An object ‘like an enormous star’ was seen from 7:00 pm, ‘at times white, then red, and sometimes blue… moving like a kite’ in the southerly sky.
• France, Luzarches: M.A. Garry observed a round luminous object rise above the horizon and shrink in size as it moved into the distance over 15 minutes.
• South Africa: After alerting its telegraph offices to be on the lookout for invading British aircraft, the Transvaal government was inundated with sighting reports. Phantom airships, often equipped with powerful searchlights, mysteriously appeared in the skies around. Of course, neither aircraft nor airplanes were known to exist in Africa at this time.
• USA, Arizona, Prescott: Dr. Warren E. Day observed a luminous object that ‘traveled with the Moon all day’ until 2:00 pm. A similar object had been observed the day before from Tonto, Arizona.
• USA, Texas, El Paso: A luminous object was seen in daylight from 10:00am to 4:00pm; Venus was two months past its secondary phase of maximum brilliance.