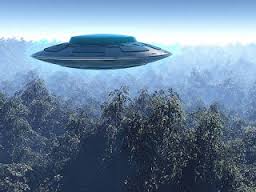 • Peru, Pucusana: C. A. V. an oil company employee was driving to Lima when he saw a shiny disk at ground level. He walked toward it for 10 min. Three figures came out as he was 20 m away. They looked like mummies, had joined legs and one large foot. They “slid” along the ground. They were covered with a strange “towely” skin, asked the witness where they were, had a lengthy discussion with him, and took him for a trip in their craft.

• USA, Alabama, Montgomery: An Eastern Airlines DC-3 piloted by Captain Clarence S. Chiles was narrowly missed by a UFO while flying over Montgomery on July 24.

• USA, Indiana, Indianapolis: An object swept over a road at 10 m altitude.

• USA, Kentucky, Louisville: Capt. Thomas Mantell lost his life on 7 January while attempting to chase a UFO. This is the first fatality on record directly connected with an UFO chase. Reports from private citizens were made to the Kentucky State Highway Patrol describing a strange, saucer-shaped flying object, 200 – 300 ft. diameter. It was also seen by several other witnesses, including the base commander, at the control tower of Godman AFB, outside Louisville. Official explanations concluded that he was chasing the planet Venus in the bright afternoon sky or a secret Navy balloon.

• USA, Minnesota, Hamel: Two boys were playing outside when a round dull gray object 70 cm in diameter, 30 cm thick, landed near them like a balloon with a metallic noise. It spun, went up, hovered, maneuvered to avoid Phone lines and trees, and flew away to the northeast. An FBI man from St. Paul found an area 70 cm in diameter where the ground showed signs of extreme pressure.

• USA, Ohio, Maplewood: A farmer observed a silvery sphere of large dimension rise from a wooded area and hover above his farm, dropping a silvery substance that disintegrated before touching the ground.
• Carl Mitchell, a physicist, saw three luminescent greenish discs one-second apart, pass across sky from north to south on March 20.
• Seymour L. Hess, a meteorologist and astronomer, saw a disc or sphere in apparent “powered” flight.

• Japan Oct. 15, 1948; Fusuoka, Japan. 11:05 p.m. Witnesses: pilot Halter and radar operator Hemphill of a P-61 “Black Widow” night fighter. Up to six objects tracked on radar, only one seen visually. Dull or dark object shaped like a dirigible with a flat bottom and clipped tail end. Six seen on radar separately Pilot attempted to close on visual object, but it dove away fast.

• USA, California Sept. 23, 1948; San Pablo, California. 12 noon. Witnesses: Sylvester Bentham and retired U.S. Army Col. Horace Eakins. Two objects: one, a buff or grey rectangle with vertical lines; the other a translucent “amoeba” with a dark spot near the center. The arms of the “amoeba” undulated. Both objects travelled very fast.

• USA, Indiana July 29, 1948: Indianapolis, Indiana. 9:88 a.m. witness*: James Toney, Robert Huggins, both employees of a rug cleaning firm. One shiny aluminum object, shaped something like an airplane’s propeller, with 10-12 small cups protruding from either blade. Estimated size 6-8′ long, 1.5-2′ wide. The object glided across the road a few hundred feet in front of their vehicle and apparently went down in a wooded area. Sighting lasted a few seconds.

• USA, Indiana July 31, 1948; Indianapolis, Indiana. 8:25 a.m. Witnesses: Mr. and Mrs. Vernon Swigert; he was an electrician. Object was shaped like a cymbal, or domed disc; about 20′ across and 6-8′ thick, and was white without any shine. It flew straight and level from horizon to horizon in about 10 seconds, shimmering in the sun as if spinning.

• France: Alain Berard saw a large, bright object land near his farm with a green lightning flash. It became dark. As he approached the craft, the witness saw three figures with stocky short legs, apparently without heads. Frightened, he fired at them three times. A moment later the object took off vertically.

• USA, California, Death Valley: Two prospectors are said to have observed a disk-shaped object land. Two dwarfs emerged but were lost in the sand dunes when pursued. The object disappeared.

• USA, Oklahoma, Tulsa: Don Bushnell, plant superintendent with Southwestern Porcelain Steel Corp., saw an object fall in front of his car as his radio was blocked. He applied the brakes; object vanished.

• USA, California, May 6, 1949; Livermore, California. 9:35 a.m. Witness: C. G. Green. Two shiny, disc-like objects rotated around each other and banked. Then one shot upwards with a grey trail and rejoined the other. The sighting lasted 5 minutes.

• USA, Florida, Jan. 27, 1949; Cortez-Bradenton, Florida. 10:20 p.m. Witnesses: Capt. Sames, acting chief of the Aircraft Branch, Eglin AFB, and Mrs. Sames. They watched for 25 minutes while a cigar-shaped object as long as two Pullman cars and having seven lighted square windows and throwing sparks, descended and then climbed with a bouncing motion at an estimated 400 m.p.h.

• USA, Hawaii, Jan. 4, 1949; Hickam Field, Hawaii. 2 p.m. Witness: USAF pilot Capt. Paul Storey, on ground. one flat white, elliptical object with a matte top circled while oscillating to the right and left, and then sped away.

• USA, Idaho, July 24, 1949; Mountain Home, Idaho. 12 noon. Witness: Henry Clark, manager of a flying service, flying a Piper Clipper. Seven delta-shaped objects, 35-55′ in span, 20-30′ long, 2-5′ thick; light colored except for a 12′ diameter dark circle at the rear of each. They flew in a tight formation of twos with one behind, and made a perfect, but unbanked, turn. During the 10 minute sighting, they displayed decreasing smooth oscillations. Clark’s engine ran rough during the sighting, and upon landing was found to have all its spark plugs burned out.

• USA, Oregon, May 27, 1949; South-central Oregon. 2:25 p.m. Witness: Joseph Shell, ferrying SNJ trainer for North American Aviation, from Red Bluff, California, to Burns, Oregon. Five to eight oval objects, twice as long as wide, and 1/5 as thick. They flew in trail formation, with an interval equal to 3-4 times their length, except that the second and third were closer together.