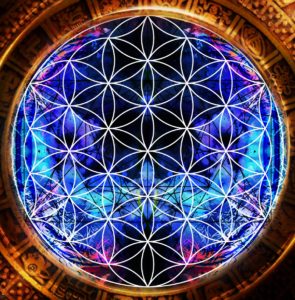 2020 may well prove to be one of the most turbulent years in decades.  There is great intensity that is beginning to manifest in all aspects of life.  No matter what your foundations are or how stable you feel at the moment all will find a great deal of flux in all areas.  From the earth beneath our feet to the space above the planet, this is going to be a year when all will be tested in many unexpected ways.  There is great shifting within the earth and earthquakes will increase in numbers and in magnitude. The very core of the earth is shifting due in part to the wobble of the axis of the earth, the flow of energy and inner material will flow in new directions causing the surface to shift and change in unexpected manner.  Along with earthquakes there will be many volcanos that have for generations been dormant that will show increased activity and many that will actually erupt.  Those who live on or close to them should take early warnings seriously.  Several of the largest faults will become more active than usual, especially on the west coast of the US along with the New Madrid fault line.

These changes will affect all areas of the globe so watch for an increase in storm activity this year as well.  One of the interesting features for this year is that much of the seismic activity will take place deeply underwater in both the Atlantic and the Pacific, causing great disturbances on the surface in unexpected areas of the globe.  It can be expected that coast lines in many areas will change greatly as well as the topography.  There will also be increased activity in the Mediterranean, some due to nature but more due to man’s manipulation and abuse of new technology that is not fully controllable.  Often you will hear the question, “was this disaster natural or was it manmade” … more often than not it will be manmade.

Shifts in borders all around the globe will change and new countries will emerge because of it.  This will apply to redistribution within countries as well causing a shift of power and control.  This will be a time in which we will see and be caught up in many different power struggles.  The military upon to establish control in many different lands and those who think they are exempt will find they have cast their lot with the wrong side.  The visions of many different uniforms being called into action is seen frequently as many different groups strive to wrest control and power they are not entitled to and more than a few will succeed.  Many of these power struggles have been around for generations and are just most recently showing their true colors.  New countries and new states may well become a part of this shift of power so look for a most interesting springtime on all fronts.

The outward energy destabilization will also transfer to individuals as well.  Many will consider moves of not only profession but living situations as well.  Many will find that new directions are calling to them.  Prospects that involve greater creativity will tempt many to change their focus and work on expanding the talents and skills that have been with them since birth but never allowed to manifest.  Still others will find that their avocations will become vocations and the quality of their lives will be enriched because of following the inner calls that beckon them forward.  The inner shifting can become problematic to some who will find it difficult to commit to a direction, a commitment or a person.  Patience is called for on many different levels and the adage of wait and see is applicable to all on all levels.

New discoveries will be emerging in many unexpected areas and for those who do not have open hearts and minds this could prove to be a difficult time.  History is letting go of many of its secrets and there is much that will surprise and, in some cases, shock the general population.  Sites, programs and mysteries, long thought to be theories and myths will emerge from the veils of time with physical proof that will defy all arguments to the contrary.  In some ways these discoveries will expand upon belief systems and in others the foundations will begin to crumble …its up to the individual which way they will flow.  There have always been and will probably always be secrets that are held back from the general population and this is going to be a year in which many are brought into the light …but not all of them.  Advancements thought to be dreams will turn into reality and will shift and change the directions for generations yet to be born.  Those who have been trying to hold back the truth, both simple and complex, will find that they have been found out and in many cases have to pay the price for their deceptions… but not all for there is still so much more to uncover it may take decades to uncover and absorb until the next level is peeled back.

All in all, a time of fluctuation and awakening that could be a real roller coaster ride but one in which there is much growth and enlightenment, if you buckle up and enjoy the ride.