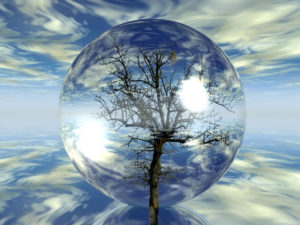 The transition from 2018 has already begun and the clock ticks down to the final hours of 2018.  What better time to look at what the new year will bring us, will open us to greater wisdoms and understandings and perhaps even clues to the destiny that calls to us from the future.

2019 is going to be a year of transition and unsettledness, globally as well as personally all will  find that the world is shifting in spite of efforts to toe the line so to speak.  We have crossed the point of no return and will find that stability on all levels will be challenged. This will be the beginning of a massive shift in all levels of our lives and creating personal space of stability is highly suggested.  Creativity on all levels is called for as paradigms and philosophies phase into new levels and we are forced to release long held beliefs to make room for expanded awareness and understanding.  The cracks from former years now widens and there is a crumbling of the foundations that many have thought were stable and firm.  This is going to be a year when new information is made public and those who have been wearing false faces are reveled to be less that they had projected.  There is going to be much upset and there will most probably be rioting in many areas of the US.  Major cities such as Chicago, Los Angeles, San Francisco, New York and Florida will erupt often causing the national guard to be called upon to subdue them.  This is going to be a year in which many thought honorable will be exposed and the government will find itself in need of greater housekeeping than anyone could have imagined.  The prospect of martial law is not out of consideration at this time though the reaction of the general public to the information that will be releases will determine as to whether or not it is called for.

This is going to be a very volatile year for the stock markets all around the world as well.  There will be amazing up’s and downs, this is not a time for those who are faint of heart to speculate… this is a time to wait and see for there will be great losses for those who do not buckle down and wait for stability to be restored,  It will be but it is going to take a year or so for that to happen.  The phrase, “you only loose money if you sell”, is one to pay attention to for though it will seem dark for a while the light does come back, and stability restored for those who are patient.

There will be the call for reorganization on many levels and those who are flexible will find it easier than those who are set in their ways.  The entire infrastructure of our lives is shifting and going through a transition that is long overdue, it will be a roller coaster ride but we are not alone as many other countries as well will be going through the same process.  For something new to be erected a new foundation needs to be created and this year we will see the beginning of this process.  It isn’t just the government that will be going through this process as major religions as well will find that their foundations are shifting and in order to survive, they must adjust what the belief system is to flow with the new information that is being brought forward into our realities.  These are shifts that reveal new wisdom and greater awareness an expansion as to our purpose and direction.  This will be very exciting for many and disillusioning to others.  Once again foundations shift to reveal deeper information that has been hidden in time is revealed that will change much within our lives.

The environment is shifting as well, and this new year is going to see greater storms than last year.  Increased Hurricanes and Monsoons will occur and there will be an increase in major earthquakes as well as volcano’s erupting that have lain dormant for thousands of years.  The seasons will seem confused and farmers will find that the growing seasons are shifting so that they must adjust and rotate their crops differently.  One area of major interest will be the Antarctic.  There will be major discoveries there in the years to come and not only will there be ancient ruins discovered that are unexpected but other eye opening discoveries as well that will force disclosure of unusual information that may well shake our foundations as well.

Though many have thought humanity be in a time of enlightenment we will be forced to admit the we have actually been in what one could call the dark ages and are now coming into a new renaissance of enlightenment the likes of which we have never before experienced.  We are coming to a time of greater awareness =, one in which the spiritual is in balanced with the intellectual, in many ways a beginning of a new age of enlightenment in which humanity has the opportunity to come of age if it so chooses.  This is the beginning of the process which will last for generations if we choose to flow in that direction … it is an individual choice and the direction is still in the air awaiting humanities first step.

2019 is the end of one cycle and the beginning of another.  Though it looks as though it will be difficult it will also be very exciting as the veils that have been clouding out perception are removed, and we find the answers we have sought after for so long.  This will be a time in which we are able to claim more of our potential and utilize more of out gifts that have been carried through time.  It is up to the individual how they view and approach the changes that are before us.  In many ways we begin to become that which we have been for generations waiting for and it is time to take our first steps … as truth, real truth emerges the way will be clear.