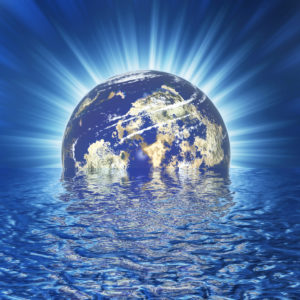 I found the following article Patrick wrote almost a decade ago and it applies today even more than it did then.

Many of the conditions present in our world today are predicted in the world’s religions and the Bible.  Jesus speaks of deceit, betrayal, rampant greed, hatred, wars, famines, disease, and earthquakes dominating world conditions, and even predicted a dramatic rescue just as all life on Earth is in danger of extinction, but never an end to the world.

Whether one believes that these were accurate prophecies, or just lucky guesses fades into irrelevance; when we consider that those conditions exist now, either way, with virtually no hope of turning them around.  No matter if you believe a higher power will rescue mankind in its final hour, or that we are on our own, we all are, or will have to deal with it very soon.

We can retreat to underground bunkers, send colonies to other planets, or we can prepare ourselves and make, what is sure to be a rough and dangerous ride, a little easier.  But we can’t do it alone, either as small groups or even entire nations.  We must do it globally, all religious, political, and emotional beliefs aside, and we must ignore our differences.

We are all unique in every way, from the moment of our birth, to the last breath we take.  Not just in our appearance, our voices, or our fingerprints, but in every thought, belief, and feeling, and each subtle nuance of how those thoughts, beliefs, and feelings were formed.  There is no one like you, there never has been, and there never will be.

Yet, many seem to think that all others in the world should think and believe as they do, often going to the extreme of forcing those beliefs on entire cultures.  We even attempt to alter history itself to conform to our own set of beliefs.

But why do we cherish our own uniqueness and, without the slightest hint of guilt, attempt to force conformity on others?  Our thoughts and beliefs are formed by a society, which mistakenly teaches that embracing nationalism, and specific religious, economic, and political concepts and values is the only way to live, and that this trumps free thought.

If you value your own uniqueness and freedom of thought, you have no other choice; we should never condemn others for holding or practicing beliefs that simply differ from ours.  To preach free thought and expression, but then to practice intolerance for other beliefs, is simply hypocrisy.

The human brain is more versatile and complicated than any computer on Earth, it has the ability to instantly reason and react, and controls the most powerful of organic life forms on Earth.  Yet, we allow it to be programmed by outside sources without regard to the validity of those sources, or the harmful physical, social, or spiritual effects they may cause.

There are powers in this world which no doubt feel that divided we are ignorant and weak, caught up in our differences and ignoring our common needs.  Keeping us safely glued to the tube and information they control, or enraged by mythical fears of other cultures.  United we stand as a threat to the most important thing on Earth, to some; profit, profit, and more profit.

Even those in this world privileged enough to consider their life worthwhile are feeling the pressure.  Our rights, our freedoms, and our control over our own affairs are eroding.  Our future is bleak, the life-support systems on Earth are in extreme danger.  Global corporations with the bottom-line as their only focus are running our world, toward destruction.

Government should be something we do together, not a corporate tool to control us, keep us in a perpetual and profitable state of war and never-ending debt, dictate our life-styles, feed us the corporate dogma, pollute our home world, keep us a slave to oil, control and poison life-giving resources, take our common land, and steal any hope for a bright future.

Religion should be something that serves us not enslaves us, unites the world not divides it, strengthens us not controls us, and gives hope for all humanity not just a chosen few.  How can a religion that holds the Golden Rule as a principle support wars? How can a religion preaching love practice intolerance?  Do unto others before they do unto you is not the edict.

Education should be something that imparts truth not theory, freedom of thought not enforcement of the status quo, life’s lessons not corporate loyalty and conformity.  Science should not be primarily engaged in destructive pursuits like war and chemicals.  It should be solving our problems on Earth not creating them, giving us facts, not more theories.

We are hard-wired to serve and share with others, something our parents teach us, our babies show us, and studies prove.  This rat race on a treadmill we are taught to run from birth, has only one goal and only leads to one result; we are taught to get as many possessions as we can before we die, only to leave them behind for others to continue running the race.

We are all, every person ever born, destined for a higher purpose.  That purpose is to move humanity forward into a new age of progress, peace, and enlightenment.  It is called the 1000-year reign and the happy hunting ground.  Our ancient religions predict it, our ancient wisdoms declare it, and our purpose as an intelligent universal race demands it.

And deep down inside most of us know it and all of us want it.  We are all one family and not one member of that family will be left behind.  This is not some disastrous experiment where most of the humans suffer in life and their only possible fate is to continue suffering for eternity.  Such a concept does not come from a fair God or a logical mind.

Scientific studies into near-death experiences are proving that consciousness does not end when we leave this world.  Atheists and devoutly religious persons have clinically died, come back to life, and described a place beyond filled with light.  None have gone to a fiery cavern with pitchfork-wielding demons, or seen pearly gates guarded by an old guy with a book.

The only definitive explanation of death in the Bible, is given by the writer of the Psalms, who declares that we live 70 or 80 years, and then we fly away.  Where we fly is anyone’s guess but it is somewhere, other than the orthodox concept of Heaven, and certainly not a fiery hell.  It is the light portrayed by every ancient wisdom as the source of all life, it is God.

That is not a religious message; that is a universal message passed down through all our ancient writings, whatever you personally believe that god to be.  A life force, a deity, a common thread, a spiritual plane, a state of being; no matter what you believe it to be; as long as it is based on evidence you believe, love, and hope, it is your god.

If we accept the infinite possibilities presented by those, in ancient times, who claimed to have had contact with those higher beings, there are some startling conclusions.  We are on our way to an amazing age in the human experience.  The truth “will” make us all free, and unite us in a common cause for hopeful future for mankind.

We find truth in religion, but we see true religion, caring for others and promoting fairness, peace, and love being practiced by every culture in every corner of the globe.  We are not inherently evil as our scientists of the mind would have us believe.  We are all born innocent with mental clay that can be molded into any way of life and thought.

Just as our minds are programmed with negativity, those thoughts can be easily replaced with a consistent exposure to love; not just receiving it, giving it.  Imagine if all mankind just tried to show love and not hate, gave peace a chance instead of rushing to war?  Imagine what a world that would be like if everyone considered every life as valuable as their own?

Do the things that science and experience say make us the happiest.  Care for someone, do something for others.  Speak love, show love, practice love; we all have it to give and we all want to receive it.  It is your destiny and your true role in the family of man.  Whether you think this is just the family of man, or a family of gods; treat your family well, they need you.